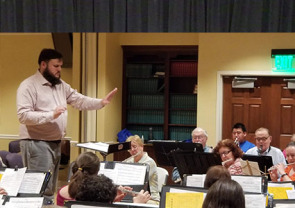 The Southampton Community Band currently performs four subsciption concerts each year in November, January, March and concluding with our traditional SALUTE TO THE ARMED FORCES concert in May. We perform at Klinger Middle School on 2nd Street Pike in Southampton, PA.

Tickets for our subscription concerts may be purchased online, by mail using our Membership form, or by personal check or cash at the venue door 30 minutes before each concert. If you purchase your tickets online you can choose to have them emailed to you or to someone else so the tickets can be printed at home or shown at the door via a cell phone.

Tickets for each concert are included with the price of your membership or tickets can be purchased individually at any time before each concert. Ticket purchases are available via our website and Facebook page. There is no minimum or maximum purchase for tickets, and there are no group rates.

What if it Snows? 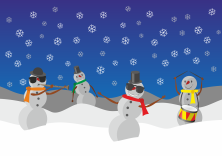 Our wish is to be able to present the scheduled program. However, there are some factors beyond our control which could necessitate a cancellation. If Centennial School District closes its facilities, we would need to cancel the program. Centennial's School closing number is 753.

If it is determined that roads are difficult and weather will be a problem, a call will be made by 6 pm to radio and TV stations. A notice will be posted on our Home page and on our Facebook page.

All concerts are at

STRIKE UP THE BAND - An exciting collection of band literature with a sprinkling of holiday favorites.

ANIMAL FARM - All of the band literature will have a carniverous theme from felines to canines. Each of the pieces will have the word "Animal" in its title or specify an animal in its title.

REBEL ROUSERS - The selections will center around music of rebellions, rebellious time periods, and rebellious people from works of fiction and history.

SALUTE TO THE ARMED FORCES - Our annual Armed Forces concert will once again tackle a cornerstone of American symphonic literature by influential American composers including John Philip Sousa and Glenn Miller.